How many windows are involved?

What is the nature of your windows project?

How soon do you want to begin this project?

Immediately
1-6 months
Not sure

Do you own your home?

Bay and bow windows come in the shape of an arc made up of a series of windows (single-hung, double-hung, or casements) aligned to create more living space of different sizes. Bay and bow windows protrude outside of your home structure and give you a wider view of the outside (i.e. backyard, front yard, etc.) They can have an 180 degrees range of sight from the inside of the home. Besides allowing more light and air to the inside, bay and bow windows offer a lot of combinations that can be used to extend living rooms, kitchens, bedrooms, study rooms, and more.

The main benefits for homeowners

The differences between bay and bow windows 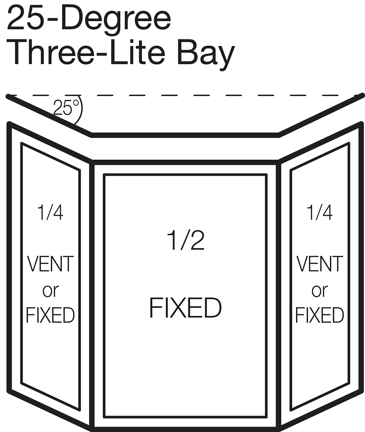 Number of windows used.
The most immediate difference between bay and bow windows is the number of glass panes that are aligned. A bay window consists of a series of three windows, while a bow window can be made up of four or five.

Light receptivity.
The bow window is generally thought to let in more natural light as well as more air because it has more glass and all of its windows are typically operable.

Style.
A bow window has more of a curved outline because it has a greater number of angles. A bay window has one large fixed window (aka picture window) in the middle with two operable windows on either side. Its design is more friendly towards an additional glass pane to be placed on top because of the fewer angles involved. 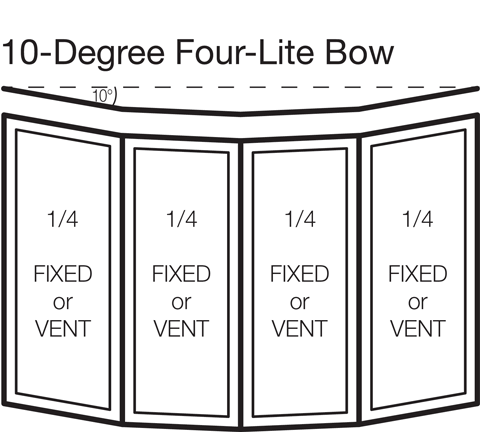 Maintenance.
Bay windows are a lot easier to clean from the inside for the obvious reason of fewer glass lites. Bow windows have more exposed glass that are likelier to break.

The differences between bay and garden windows

Both windows are wonderful additions for a home. Even though bay windows are pricier, they can be a much better investment that pays for itself in the long run.

Bay and bow windows come in many sizes. Most of them reside over the kitchen sink, which is convenient for the parent cleaning the dishes as they get to see their child/children play outside with a wide view of what's going on. 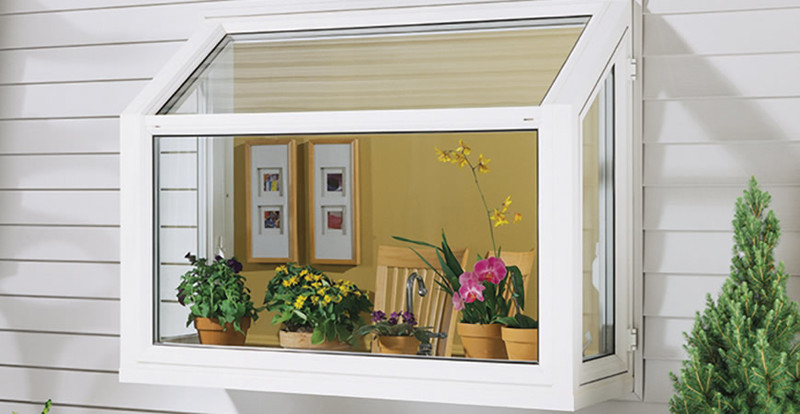 Apart from it being a family oriented addition to a home, a bay or bow window also makes an excellent growing space for indoor plants. Bay and bow windows are ideal for plants because they allow abundant natural light and air ventilation. With access to the outside world within the comfort of your own home, your sunflowers, lilies, or jasmines will grow healthy and happy.

The opportunities are endless with these wonderful additions because of their ability to take on any size with the proper support. If you're going for a particularly large bay or bow window addition, make sure that supporting beams are put in place during construction so the house doesn't settle and produce cracks after the fact. Homeowners can exploit the fact that kitchen renovations and upgrades increase the value of a home by using bay/bow window additions. A smart idea, for example, is to extend the area of the kitchen with a bow window fitted with a series of single-hung windows and a row of fixed windows on top. 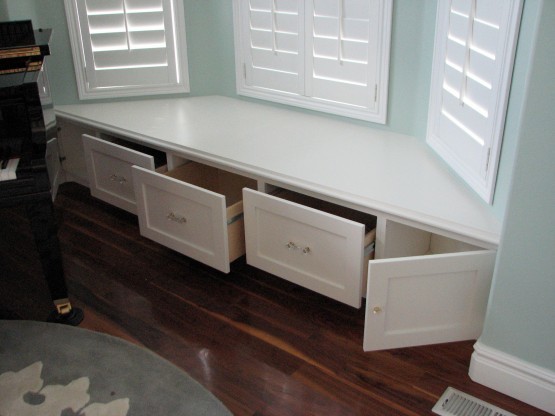 Other ideas of expanded living space with bay/bow window and seat combinations include:

Hot air rises and cool air falls. Depending on your area's climate, awning windows are a good way of controlling air ventilation. Placing awning windows high up near the ceiling will create a cooler indoor atmosphere... READ MORE

Fixed windows are sometimes called picture windows because they are meant to either capture a certain outdoor scenery or an image embedded in its stained glass. Fixed windows have very subtle uses that many homeowners often take for granted... READ MORE

“Out with the old, in with the new!” If you’ve been debating which home improvements you’re going to tackle this year, consider updating your windows.... READ MORE

Tilt and turn windows are European windows most commonly used in Germany but they are slowly making a breakthrough here at home... READ MORE

Single-hung windows feature two vertically consecutive sashes in which the bottom sash can slide up and down while the upper one remains fixed... READ MORE

If you need windows designed for optimal air ventilation and wide views to the outside world then casement windows are what you're looking for... READ MORE

A Brief Guide to Skylights

Skylights may seem like an unnecessary luxury, but they are a necessity for homes in cold areas that do not get enough sunlight. This article briefly explores the most popular types of skylights.... READ MORE

There are many different types of windows that make up the construction of your house. Windows allow natural light to flood your rooms during the day and let in air to keep it fresh and dry... READ MORE

windowquotes.com has a direct network of contractors and professionals we may match consumers and businesses with, including but not limited to the below partners. By using this site, you are agreeing to the windowquotes.com privacy policy and terms of service as well as the policies of the partner you are matched with, which may include:

Call now for a free quote

Submit the Form Below to Get an Instant Quote